Call an Enrollment Specialist today
Chat Now!
Support the Expansion of Your Emotional Freedom with Tapping
BACK 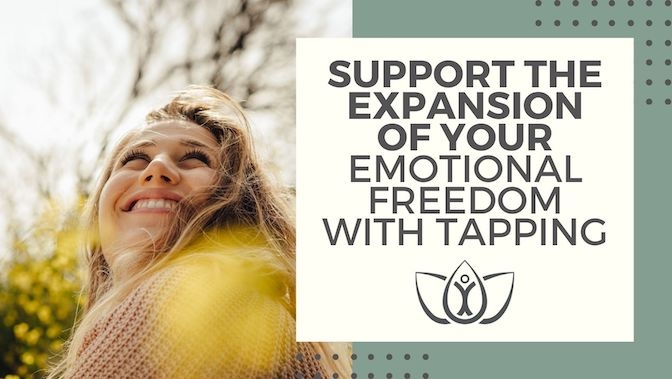 Support the Expansion of Your Emotional Freedom with Tapping

When Elizabeth’s* (name changed) teenage son found her still, lifeless body on the floor in their home, he feared the worst. But thankfully, while his mom was unfortunately unconscious from an accidental overdose of prescription drugs and alcohol, she was still alive. When Elizabeth was later working with Lauren Ameling, DC, BCND, a chiropractor and board certified naturopathic doctor, Trinity instructor, and the Vice President of Education at Trinity, she confided in Dr. Ameling that not only did she carry a tremendous amount of guilt for scaring her son, but she was also ashamed that her family and friends thought she was suicidal. Ameling recalls, “Elizabeth sat in my office crying and said she truly has a great life and wished she could simply erase that day. I explained to her that while the memory would always remain, there was something that could erase the emotional charge associated with it.”


Dr. Ameling recommended that Elizabeth and her entire family try a holistic health technique called “tapping” to help them release the painful emotions connected to that difficult day. They all took her advice and were able to move past the trauma from that event. “The emotions still resurface from time to time,” Ameling notes, “but now the family is equipped with a tool that helps them overcome the feelings rather than entering into a tailspin. Breaking the cycle is critical because negative emotions tend to breed more negative emotions.”

What is tapping?
Releasing the grip that intense negative feelings exert on us is a hallmark of tapping. It may not be as well-known as mainstream psychological therapies such as psychoanalytic or cognitive behavioral therapy, but tapping’s popularity is growing due to its holistic focus, high success rate, and ease of use. Commonly known as “acupressure for emotions,” tapping is a combination of traditional Chinese acupressure and modern psychology. As with acupuncture and acupressure, tapping activates specific points on energy meridians, energy “hot spots,” so to speak. Proponents of Chinese medicine believe that blocks or imbalances along meridian channels lead to ill health, while activation of meridian points restores energy balance to resolve physical and emotional challenges.

Moreover, applying light pressure via tapping on meridian points while mentally focusing on an issue causing stress (like the memory of the traumatic day for Elizabeth* and her family) can send a calming signal to the emotional center of your brain known as the amygdala, letting it know it’s safe to relax and turn off your stress response. This, in turn, soothes your sympathetic nervous system and decreases your level of cortisol, commonly known as the stress hormone, so you feel more clarity, confidence, and serenity. And since stress is linked to a variety of conditions like anxiety, insomnia, weight gain, lack of motivation, chronic pain, GI disturbances, and depression, decreasing stress through tapping can have many far-reaching health benefits.

American clinical psychologist Dr. Roger Callahan developed tapping in the 1980s. He called his practice Thought Field Therapy (TFT) due to his belief that we’re all surrounded by “thought fields,” or energy fields that affect our state of mind. When these energy fields are compromised, Callahan believed that tapping could re-establish a healthy balance. Callahan’s institute still trains people in his TFT technique today.

After studying under Dr. Callahan, Stanford-trained engineer and personal performance coach, Gary Craig, introduced a similar practice to the masses in the 1990s called the Emotional Freedom Technique (EFT). Both TFT and EFT strategies involve tapping on acupressure points, but the point sequences are different. EFT also requires the person to verbalize their concern aloud while tapping, whereas TFT does not. EFT is less structured than TFT and thus more widely used, making it the tapping protocol discussed in this piece.

Tapping’s effectiveness
EFT is widely accessible and effective. Once mastered, it’s a tool you can use almost anywhere for a variety of health challenges. “As a holistic health practitioner, I focus on the whole client, not an isolated condition, but I’ve had clients use this technique to release emotionally charged memories surrounding trauma, fears, anxiety, and addictions,” Ameling explains. She notes that, due to its powerful effects on the amygdala, tapping has been shown to be especially beneficial for anxiety and post-traumatic stress disorder. “If we can affect the part of the brain responsible for assigning emotions to memories,” Ameling says, “we can start to remove the emotional response to a particular memory even if the memory itself remains.” The only client that tapping doesn’t help, she notes, is the one who won’t use it.

Clinical success like Dr. Ameling’s is supported by research focused on EFT as well. In fact, over 100 studies promote the physiological and psychological efficacy of the Emotional Freedom Technique. Sixty studies found a staggering EFT efficacy rate of over 98% with both psychological and physiological conditions.4 Authors of one EFT study from 2019 published in the Journal of Evidence-Based Integrative Medicine reported reductions of 40% in anxiety, 35% in depression, 32% in post-traumatic stress disorder, 57% in pain and 74% in cravings. The same study authors found an increase in happiness of 31% and a 113% improvement in immune function using EFT. Resting heart rate dropped by 8%, cortisol dropped by 37%, systolic blood pressure went down by 6%, and diastolic blood pressure by 8%.1

Researchers have even conducted comprehensive meta-analysis studies to evaluate whether the physical activation (via tapping) of acupressure points is a valid active ingredient (as opposed to a placebo or other non-acupressure aspects) in EFT’s observed health improvements. They found that indeed the acupressure component of EFT is critical to the technique’s success.2,3

Developing a tapping practice
As news of EFT’s value has spread, interest in learning how to use it has, too. After all, it’s rare to find such an effective do-it-yourself mental health technique. Once you become proficient with the technique, tapping can be performed daily to help restore joy and happiness, reduce stress and anxiety, alleviate chronic pain and fear, gain freedom from addictions, improve sleep, and so much more.

It doesn’t take long to set up and perform a tapping session, and Ameling reports that since most people get to an acceptable reduction level within one or two sessions, it takes mere minutes to see results. From there, you’ll see lasting benefits the more frequently you tap on issues as they arise.

Even though the same meridian points are used regardless of the health challenge, Ameling says they’re effective because activating them harmonizes energy flow throughout the body, including the brain, altering how we process information, such as the perception of emotions and their expression as feelings. In other words, activating these tapping points balances the flow of energy throughout your body, and it’s this balanced energy that can lead to a wide variety of health benefits.

Here are some tips to lay the foundation for success with your own practice.(1)

To get started, you’ll need to learn where to tap. Here’s an illustration of Gary Craig’s Basic Recipe tapping points. 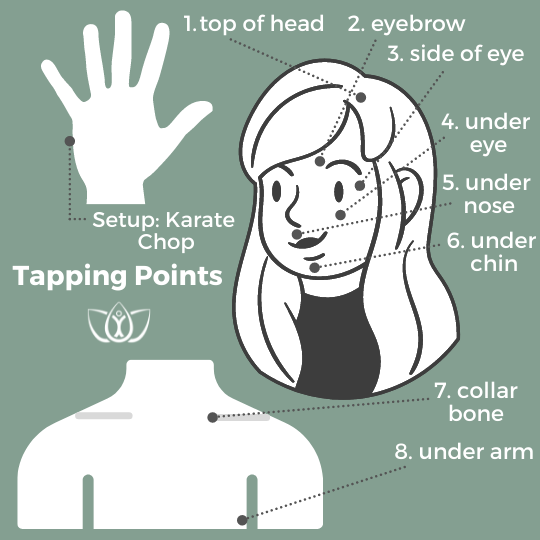 When you’re ready to start tapping, enjoy this excellent educational video performed by Gary Craig himself to guide you through the Basic Recipe steps for performing EFT.


If you wish to expand your practice beyond the Basic Recipe steps, watch this helpful video from Gary Craig for additional tapping points and the 9-Gamut Procedure.


Notes:
-Names marked with an asterisk (*) were changed in this blog post to protect the individual’s privacy and health information.
- (1) Tapping performance tips were modified from suggestions given on two websites: The Tapping Solution, LLC (https://www.thetappingsolution.com/) and The Gary Craig Official EFT Training Center website (https://emofree.com/eft-tutorial/tapping-basics/how-to-do-eft.html). 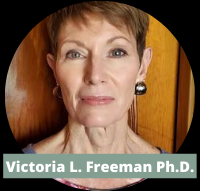 Victoria L. Freeman, Ph.D., CHFS, CMH has traveled a long and winding professional road that includes working as a teenage fine artist, later a  personal trainer and wellness coach, a college professor and administrator in exercise science and education, a freelance natural health and fitness writer for national magazines, a property manager and interior designer for vacation and executive rental properties and most recently returning to the natural health arena while attending Trinity School of Natural Health to become a Certified Holistic Fitness Specialist and a Certified Master Herbalist.